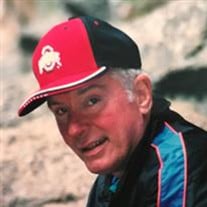 Gerald lived a life in which he needed little and gave much, providing his family with constant love and support. Against many odds he courageously fought Acute Myeloid Leukemia for 17 months, providing his loved ones with additional opportunities... View Obituary & Service Information

The family of Gerald Edward Tansey created this Life Tributes page to make it easy to share your memories.

Gerald lived a life in which he needed little and gave much,...

Send flowers to the Tansey family.